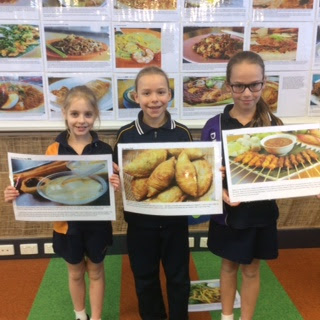 Term Three is all about fantastic Singapore at St Emilie's!

Singapore is a multicultural and diverse country that has many links with our families here at St Emilie's. Many of our children have not only been to Singapore as a holiday destination but also have family and friends who are Singaporean and shared those experiences and photos throughout the term with us. 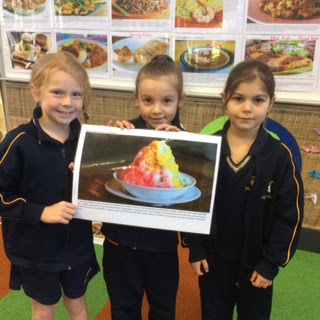 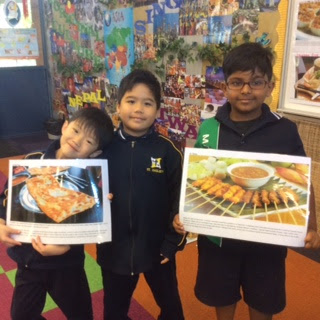 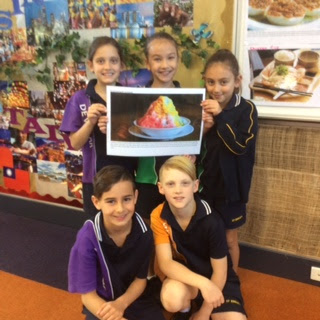 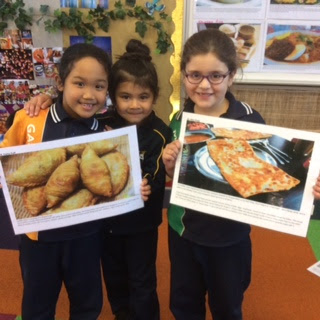 We looked at all the delicious foods that are part of Singaporean cuisine and realised that there are many familiar dishes that we all love and have tried before. We took turns looking at meals that we have never tried and found friends that would like to give it a go! 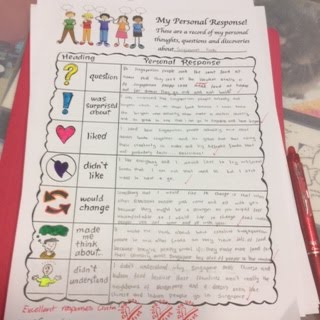 Our Year six and five students reviewed you tube clips about the famous food market stalls and the interesting customs regarding using hands when eating and what dishes require utensils or chopsticks.
It was fantastic to see the depth of cultural awareness our senior students were able to express within their personal response sheets. 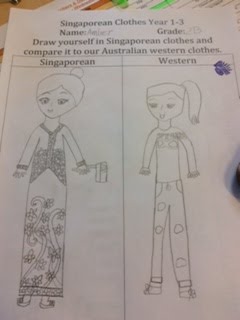 In Singapore there are many different cultures, including Chinese, Malay and Indian. We spent time looking at the differences and similarities in Singapore's traditional clothes and drew comparisions. 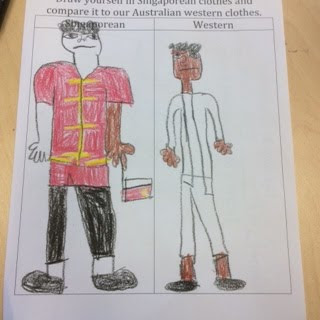 The Cheongsam is the Cantonese pronunciation for ChangShan, or "long garment" in Chinese. Although typically thought to be a traditional Chinese costume, it actually originated from the Qing (Manchu) dynasty. Both men and women during the Qing dynasty wore a long,1-piece dress that hangs loose from the body, and it was designed specially to conceal the body-shape of the wearer.
Today, the Cheongsam wore by women is flattering to the body, and comes in many varying lengths,
colours and designs. It is commonly worn during Chinese New Year and Chinese weddings in Singapore.

If you've been to Singapore for a significant period of time, you may have noticed many Indian women dressed in their traditional garbs, draped with a long, flowing and glamorous-looking piece of cloth. This piece of unstitched cloth is known as the sari. Worn over a top known as the choli and completed with accessories and ornaments, the sari originated from the Indus Valley civilisation and is very popular in Pakistan, India, Sri Lanka and Nepal.

There are a variety of ways of draping the sari to exemplify the body, but the most commonly seen way of doing so in Singapore is the Nivi style, which involves wrapping it around the waist and tucking in inside the skirt, while draping the remaining cloth over your shoulder and allowing it to hang around the waist level.

Malay women sometimes don the baju kurung with the tudung, which serves the cover the hair and neck of a woman for conservative reasons. The early baju kurung, which originated as the Silk Trade grew more prosperous in the 13th Century, was looser and longer and gradually evolved to look more graceful and sophisticated as it is today.

Today, the Baju Kurung is extremely popular and worn by many Malay women even in their daily lives. 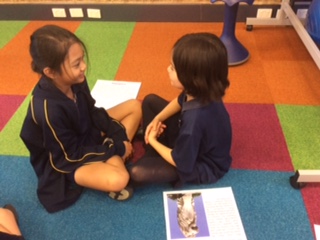 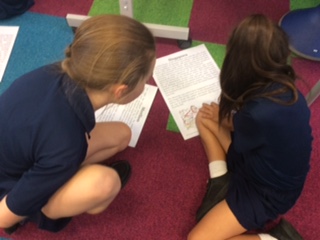 In our lessons we spend an important part of our lesson discussing and sharing our personal point of view are realising that its great to have an opinion based on our own experiences, but its very important to identify and empathise with others and that their cultural diversity and differences are to be considered when relating to others. 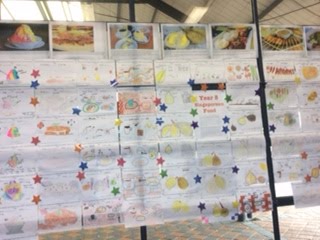